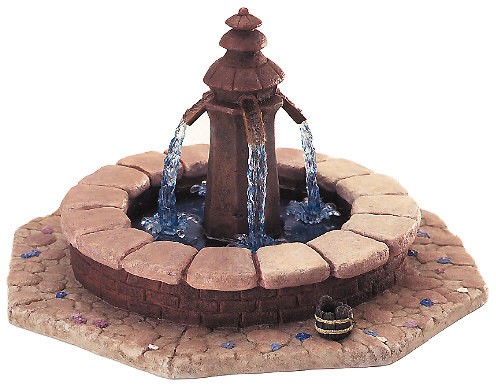 WDCC Beauty And The Beast Fountain

Plussing:
Fountain and Bucket: Made of resin.
Water: Acrylic.
The Fountain Accessory was part of the Dreaming of a Great Wide Somewhere Scene featuring the Event Belle Sculpture.
2001 Spring Sculpture Event available from 03/03/01 to 03/31/01.
This is the second accessory item released from "Beauty and The Beast."