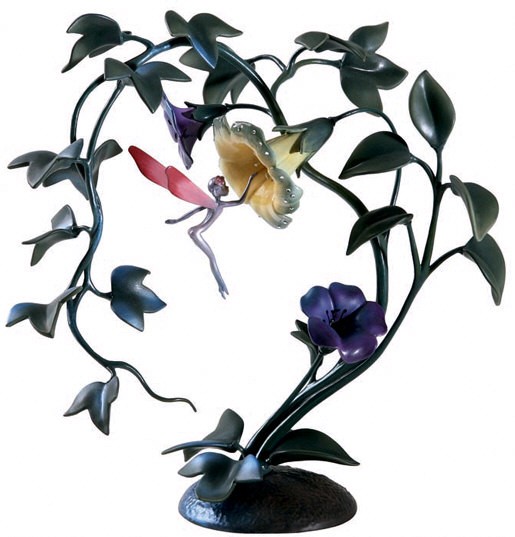 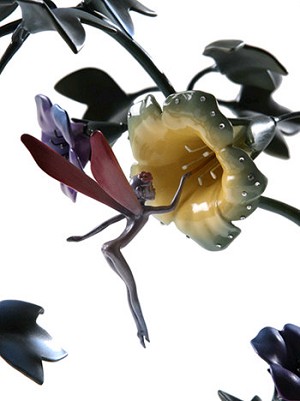 Plussing:
Blossom Fairy: Bronze.
Tree: Bronze.
Flower Pollen: Wire.
Wand: Brass.
Dew: Swarovski Gems.
Particulars:
Numbered Limited Edition (NLE) of 500.
Tips on Removing Sculpture from Box:
1. Remove cardboard side panels first. Slowly & Carefully.
2. Carefully remove sponge blocks.
3. Do NOT pull sculpture out by its top! The base is locked in by cardboard flaps. Lift the flaps slowly and carefully. Removed the sculpture by the base.
4. Do NOT tug at tissue around Blossom Fairy! Very carefully unravel the tissue being aware of her wings, legs and arms.