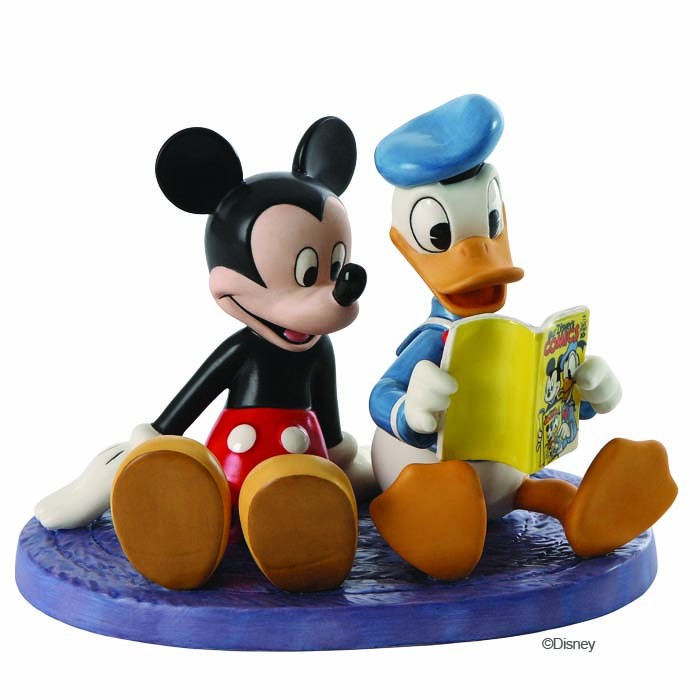 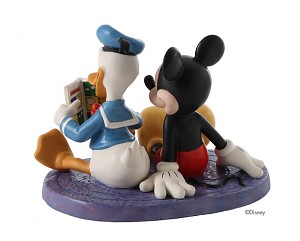 Celebrating 70 years of publication in 2010, Walt Disneyï¿½`s Comics and Stories is one of the best-selling and longest-lived comic books ever, and this fun-filled anthology of multi-paneled Disney delights has featured many unforgettable covers over the years. Attributed to veteran artist Carl Buettner, the famous cover art from issue number 33, June 1943, features Mickey Mouse and Donald Duck in a playful comic-book favorite: the infinity cover, in which characters read a comic cover picturing them reading a cover that pictures them reading that cover, and so on, into infinity. The latest release in the Classic Comics series is an irresistible sculpture artfully celebrating Disneyï¿½`s flagship comic bookï¿½`still published today" while also spotlighting two of the greatest stars from its pages. Donald and Mickey: Comic Book Companions Fourth in the Classic Comics Series Production Year Limited 2011.