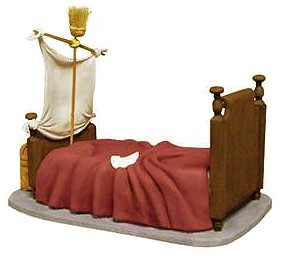 This base, made of resin, doubles as an accessory item and a base.

Base does not include a Certificate of Authenticity (COA).