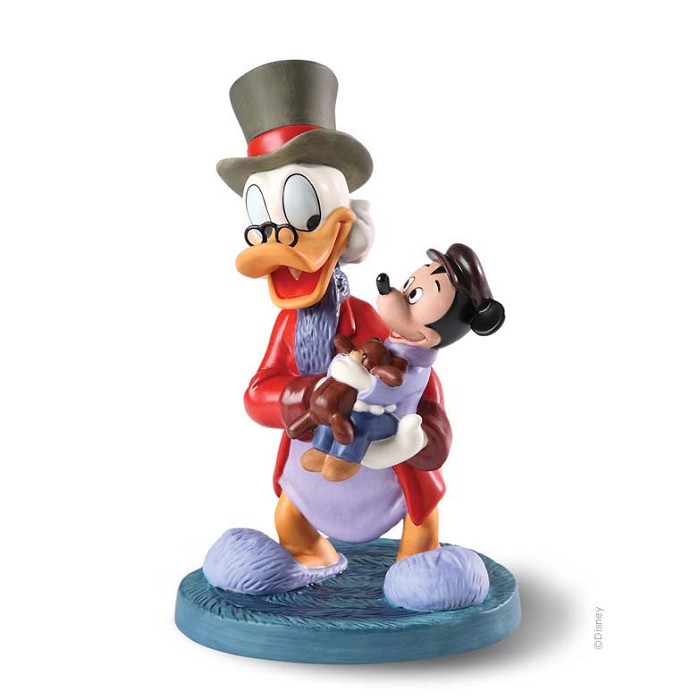 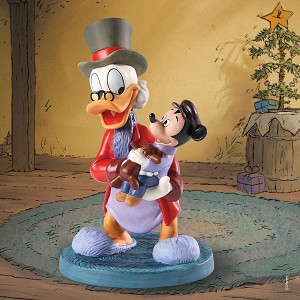 Mickeyï¿½`s Christmas Carol Though he naturally excels at portraying the stingy and self-centered side of that notorious skinflint Ebenezer Scrooge, Scrooge McDuck also deftly performs the holidayspirited side of Charles Dickens" most famous character. This yuletide transformation is merrily manifested when Scroogeï¿½`still attired in his nightgown and fuzzy slippers" pays a Christmas morning visit to the humble home of the Cratchit family, heartwarmingly accepting a hug from Tiny Tim after handing out some holiday goodies. Embodying the joy of the season as seen in Disneyï¿½`s Academy Award"- nominated animated featurette Mickeyï¿½`s Christmas Carol, both reformed miser and teddy bear-clasping mouse (played by one of Mickeyï¿½`s twin nephews) radiate the heart, humanity and good will of Christmas all year round.