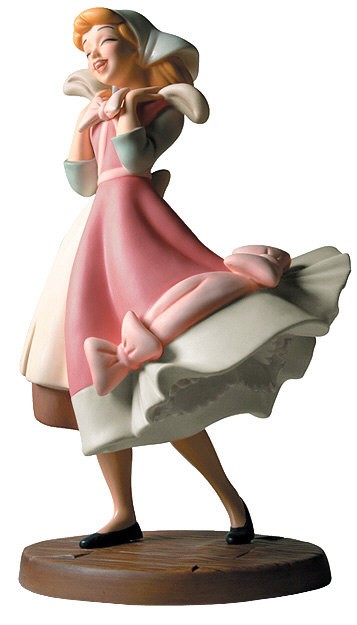 WDCC Cinderella With Dress Oh Thank You So Much

Cinderella With Dress Oh Thank You So Much

Legs: Pewter.
Production Changes:
In the earliest porcelain prototype of the sculpture in 2005, Cinderella was incorrectly depicted holding an entirely pink dress. Prior to production, this was corrected to accurately reflect the dress as shown in the film, which features a white ruffle along the bottom of the dress and a white trim on the sleeves. However, in the most recent shipment (2008), the painters inadvertently used the wrong earlier version as their model and approximately 450 pieces were created featuring an incorrect "all pink" version of the dress and these sculptures were shipped worldwide before the error was identified. This mistake was brought to the attention of the painters and the porcelain studio and any future production will depict the white trim as featured in the film.