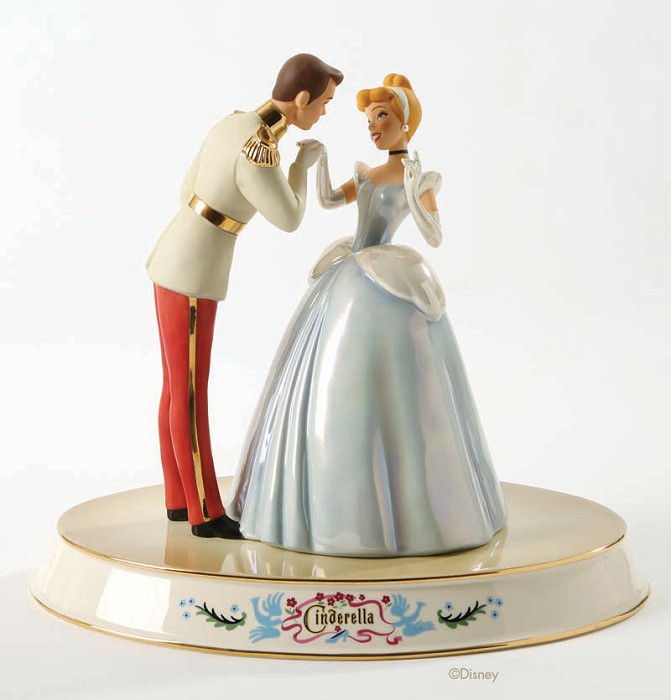 Arrayed in her miraculous, luminous gown,Cinderella never looked so radiant as the aptly named Prince Charming kisses the hand of the surprised scullery maid in disguise. Walt Disney had originally intended to spotlight the Prince in a lighthearted introductory sequence, but still this royal romancer shines in the Ball sequence as the guest of honor charmingly sweeps the mystery guest off her feet.
This exquisite sculpture is plussed with metallic and opalescent paint and real pearl earrings on Cinderella.