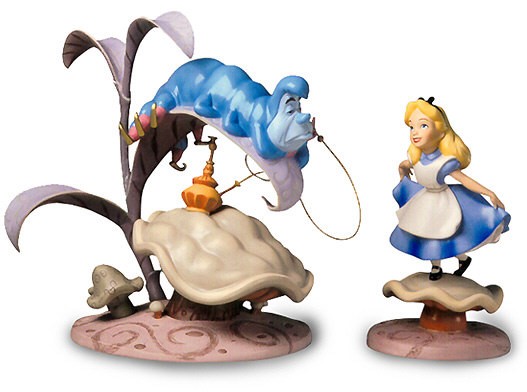 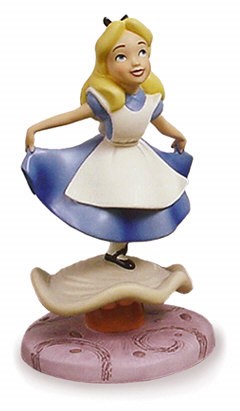 Plussing:
Pipe: Bronze, porcelain and pewter.
Feet: Pewter.
Particulars:
Depicting the famous scene in which our smoke-blowing friend tells Alice how to grow tall or become small. This enchanting set launches the new "Of Dreams and Magic" Series.
Edition closed 03/31/04.