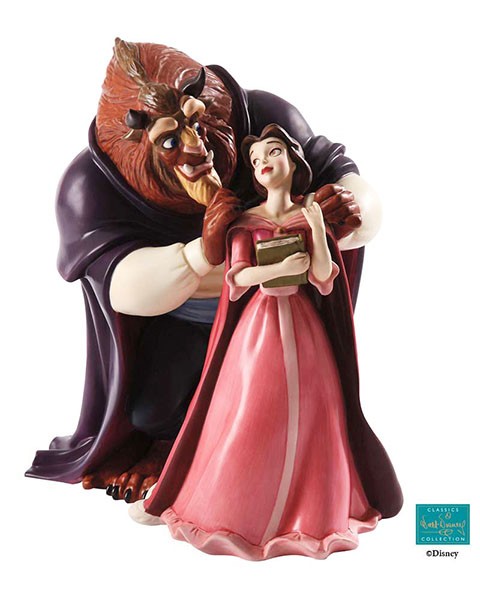 As Belle, dressed in her wintertime dress, and the Beast pause by the cozy fire, their friends smile as a new and warm relationship between their cursed master and his beautiful visitor blossoms.
The charming Belle and Beast sculpture is a numbered limited edition of 1,500.