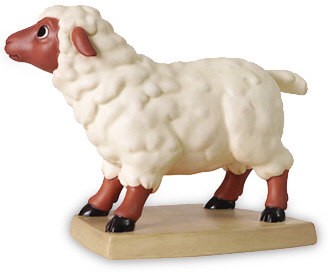 Sheep is available as the 2005 Instant Redemption Membership Sculpture (sold separately).
Sheep - Only available to order from January 01, 2005 to March 31, 2006.