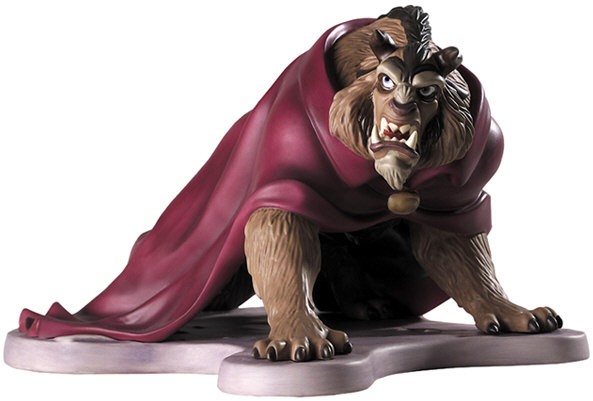 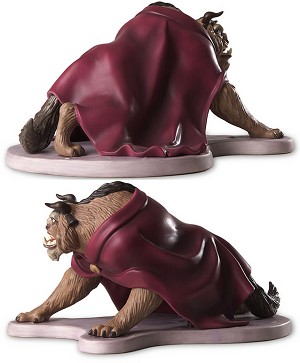 Beauty and The Beast Fury Unleashed

The Beast's muscles are captured within the folds of the fabric of his cape, making for a powerful and dynamic sculpture.
Numbered Limited Edition (NLE) of 4,000.
Originally plan was to release this sculpture as the 2004 Spring Event Sculpture. After much consideration, it was decided Jessica Rabbit would be a more appropriate event vehicle and the Beast's appeal could be better maximized if introduced as an Open Edition item.
Original event backstamp artwork was subsequently applied to the manufactured product. As a result, the sculpture has been produced as a Numbered Limited Edition (NLE) of 4,000 pieces.
During manufacturing, a 'running change' to the backstamp will be made to remove any reference to an Event Sculpture. Some early items will feature the event reference. Any new production will not. No information available as to how many were produced with the Event backstamp.