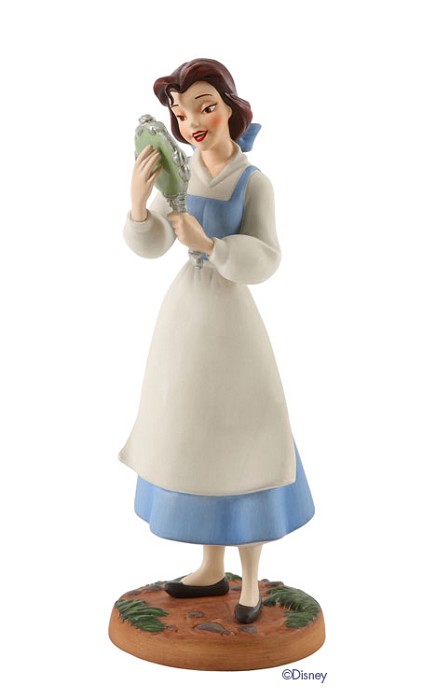 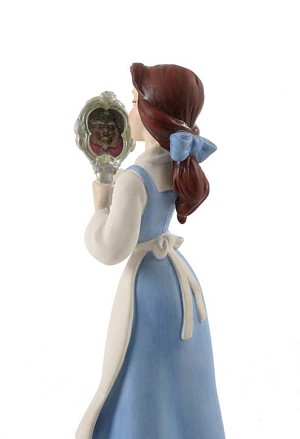 Gazing tenderly at the image of her beloved Beast as enchantingly conjured up by the Magic Mirror, Belle attempts to convince the frightened townspeople that they have nothing to fear from the seemingly ferocious figure, for the lovely princess-to-be sees her spellbound Prince through the eyes of love. As the heroine of a new fairy tale, this bookish beauty was celebrated as a new kind of Disney leading lady. "We tried to make Belle more European looking with fuller lips, darker eyebrows and slightly smaller eyes," revealed co-supervising animator James Baxter. ï`sheï`s also. more worldly because sheï`s always reading." Plussed with pewter hands, legs and the lock of hair Belle so endearingly brushes back throughout the film, this graceful sculpture reflects the artistry of Beauty and the Beast in celebration of the animated classicï`s 20th anniversary. Production Year Limited 2011 Beauty and the Beast 20th Anniversary Backstamp Plussed with pewter hands, legs and lock of hair.