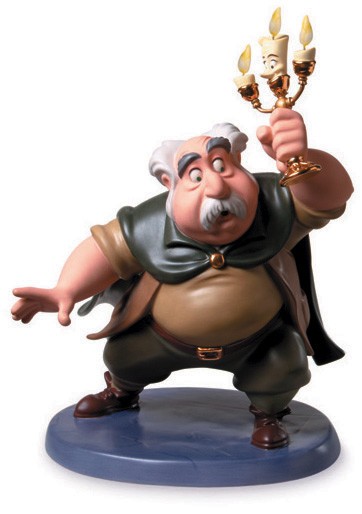 WDCC Beauty And The Beast Maurice And Lumiere Is Someone There

Beauty And The Beast Maurice And Lumiere Is Someone There.

Production Changes:
Maurice has a solid color sock on the left leg and a striped sock on his right leg. In the first pieces produced, the right sock's stripes did not meet properly in the back because of incorrect painting. A few pieces were shipped with this error, but a running change was made to correct the stripes so that they are now accurate.

Particulars:
Limited to 2005 Year of Production.