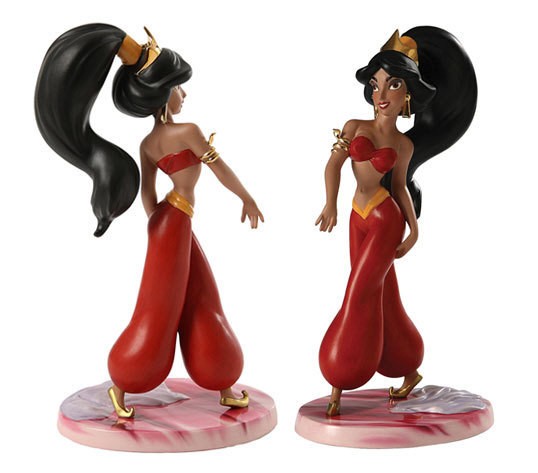 As that heroic diamond-in-the rough Aladdin skillfully surfs down a mound of gold coins in the sultan's palace towards Jafar, quick-witted Jasmine enticingly walks towards the villain, distracting the evil vizier into thinking she has fallen hopelessly in love with him.