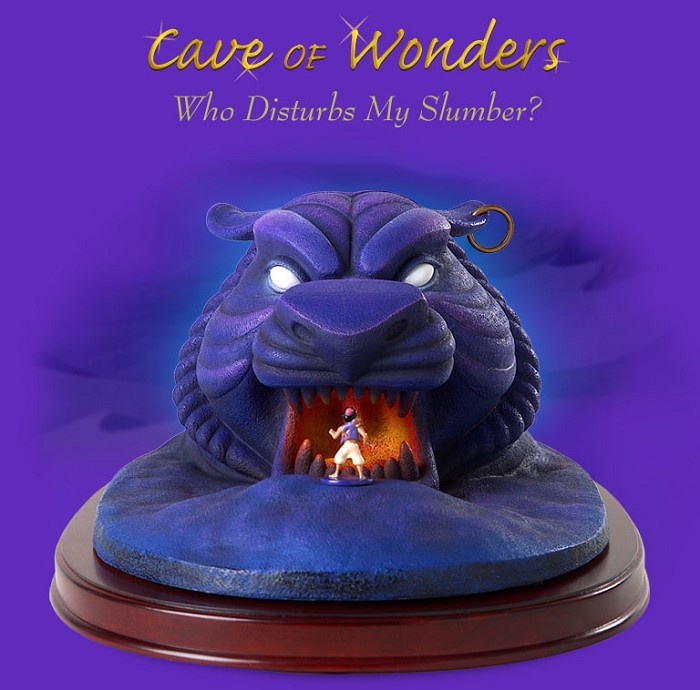 WDCC Aladdin Cave Of Wonders Who Disturbs My Slumber

Alladin Cave Of Wonders Who Disturbs My Slumber

From Disney's Aladdin, the awe-inspiring Cave of Wonder rises from the windswept Arabian sands but beware only a "diamond in the rough" may step through the entrace.
Numbered Limited Edition set of 750 features a bronze miniature of Aladdin.