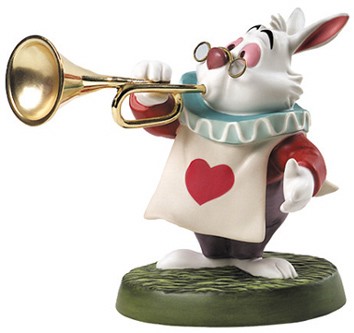 2004 Independent Dealer Exclusive. Limited to Production Year 2004. Production mark is a teal green decal vs. being incised due to base being too small for an imprinted mark. WDCC will continue to use both types of production marks depending on the requirements of each piece.