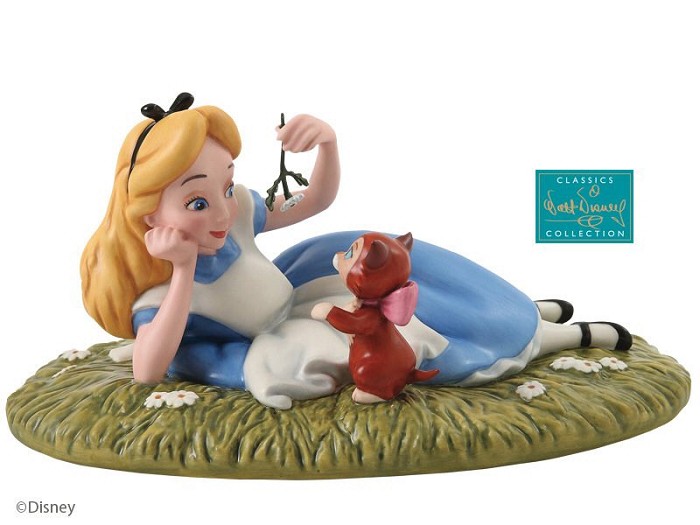 WDCC Alice and Dinah - All in a golden afternoon, Alice daydreams in the daises with her cuddly kitty, Dinah.