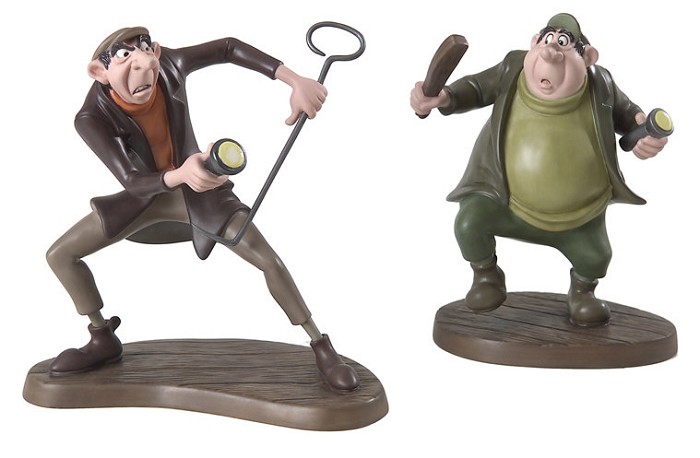 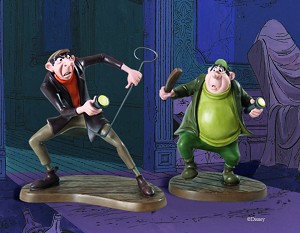 WDCC One Hundred and One Dalmatians Horace And Jasper Bumbling Baduns

Tiptoeing through the old De Vil mansion, those bungling baddies Horace and Jasper have been paid plenty of "boodle" by fur-mad Cruella to "pop off" 99 Dalmatian puppies. These dimwitted henchmen will certainly carry out Ms. De Vil's orders, as soon as they find the adorable dogs who are hiding somewhere in Hell Hall. Jasper makes the mistake of thinking he's the brains of the operation, even warning Horace against thinking at all. But don"t be fooled by their bumbling- as one of the spotted pups observes, the Badun brothers are "mean ones they are." This is a perfect recreation of this imperfect pair of crooks.